V&S Schuler Engineering Operations Manager George Cook started on our shop floor in Canton, Ohio, as a fitter and welder in 1989, a few months after the Charles E. Schuler Company moved operations from Newark, Ohio, to Canton, Ohio.

Gaining valuable skills in blueprint reading from his time on the floor, Cook started programming CNC machines and eventually produced fabrication drawings in the detailing department. Cook took over as Quality Control Manager in 1991, the same year Voight & Sweitzer purchased the company and expanded it as V&S Schuler Engineering, Inc. He was instrumental in V&S Schuler obtaining AISC certification.

In 2010, Cook moved into the role of Operations Manager of our Canton facility. He oversees all facets of the business unit and handles sales. With more than thirty years at V&S Schuler, Cook has gained a wealth of knowledge from his various roles.

“I learn something new here every day, and a new challenge always awaits,” Cook said. “I’m extremely proud of the products and services we provide.”

We're not around right now. But you can send us an email and we'll get back to you, asap. 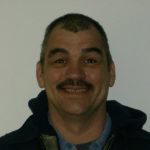